A discussion on style and type 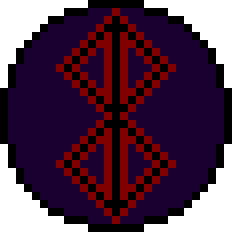 A discussion on style and type

I've got something to add to the point raised before. "If this isn't the most interesting part of your character's life, why write about it?"

The mundane can be, itself, interesting. It provides a foil. "This is how things normally go. These are the normal, day to day style problems, maybe even a larger issue caused by something they did. But the stakes are low. The costs of failure minor. The world isn't in danger because someone accidentally made a mini-hulk out of a harmless creature or someone blew themselves up or even got badly sick. But these smaller issues, which don't elicit a full scale 'rally the troops, scramble the fighter jets' can be entertaining. We all need breaks form world saving events." Tabletops get some in mechanics and handling them, breaking things down, rolling the dice; we, however, using no mechanics of the sort, end up making and handling the combat by hand. If anything, depending on who is involved, this can be even more involving and exhausting. A calm period is also vital to recharge for those. If a world ending even swings by just after the old one, I personally, as I can only speak for myself, get burned out and feel I am only buying time.

Lastly, just because an RP is all talking and small things, simple character interaction, does not mean it does not have sometimes extreme value. working through personal issues is a part of being a person, something all characters should be. They are not an amalgamation of traits doing what the player wants, they are supposed to be a person, with likes, dislikes, wants, needs, fears, goals, hopes, dreams, love, and more. A slow progression of someone working out issues with someone they trust and helping them back can be a rewarding and fulfilling series of RPs. I spent the better part of a year doing just that with an old friend nearly every day for most of the day each time. We tossed bits back and forth, and over time, two people who were somewhat friendly, if very odd in their own ways, became emotional stabilizers and foils, helping each other out and growing a deep and often very complex bond. When the two RPed with another, the way they effortlessly bounced off each other was, itself, a point people found enjoyable.

Don't neglect character building and personal growths just because it's less flashy. The talks and mundane scenes build to a character and make all parties attacked more involved, more interested, and with more stake when it IS tense. Powerful scenes can come from action as well as not, and overusing action can be as bad, or worse, in my experience, as letting boring scenes drag. The better written and more complex a character, the longer these more mundane scenes can work without devolving into the same stuff or growing dull.
My life is just a long series of "it seemed like a good idea at the time" strung together.
Top
Post Reply
1 post • Page 1 of 1